1. The act or process of wrecking or destroying, especially destruction by explosives.

The role of the demolitionist is just as its name suggests, that is, to wreck of destroy the opposition. Armed with the largest ammunition [the Mega Missile (Titan Rocket)/Mega Howler/Homemade Foam Rockets], demolitionists are designed to WIN games, disrupt team formations and threaten position.

There is no other class in Foam Fortress: Sydney that has its own specific win conditions.

So if you want to be a one man wrecking machine, this is the class for you.

END_OF_DOCUMENT_TOKEN_TO_BE_REPLACED

1. a member of a military medical corps; corpsman.
2. a doctor or intern.

One of the most common things you’ll hear at every Foam Fortress event is someone (or even everyone) hollering for a “MEDIC!!!!”. The Medic is Foam Fortress: Sydney’s main support class. While they might have slightly less firepower than the Assault, their Ability to constantly keep their teammates in the game is vital for victory. The Medic’s load out was designed with a passive playstyle in mind, as well as lighter kit so that they can dash across the battlefield to their downed comrades. Their load out appears as follows:

Ability: Resurrect – Can bring a fallen teammate back to life on the spot which they were tagged. Resurrection is activated by putting a hand on the fallen team mate’s shoulder and counting to three slowly.

The Medic wasn’t designed to be in the thick of the battle – and their load out clearly demonstrates that. They only have one blaster available to them, and no sidearms to turn to when their primary blaster needs reloading. The Medic was built to engage enemies from afar, using Combat Rifles to get that 80ft range that would keep them safe from Titan Rockets, Fully Automatics, and Shotguns. The lack of excess gear allows them the mobility and agility to swoop in for a quick and effective Resurrect when need be.  However, the majority of Medics in the current “metagame” choose to use Semi Automatics for a mix of range and fire rate.

There are a few different ways to play Medic. You can take the safe route, the one the Medic was built for, and use a Combat Rifle for 80ft range engagement, such as a Longshot or a Tripleshot. This build lets you engage from afar with a respectable fire rate – enough for some decent suppressive fire. Or you can play what’s in the current metagame by taking a Semi Auto Primary like the Stryfe and supporting your team from a little closer to the action. This way, you’ll always be closer to your teammates if they’ve been tagged for faster Resurrections. Both are effective ways of playing the Medic – the choice is yours.

Below is a list of things to keep in mind when you’re the team’s Medic. May they teach you how to be the best Medic ever!

My experience with Medic is a little… superficial. I’ve played the class maybe a handful of times at best, so my advice only holds so much water. To make up for this, I’ve gotten the some help from Valeriy Kuzma, arguably SNW’s top Medic. He was pretty happy to answer some questions about How to: Medic. I have paraphrased some of the things he’s said, but the main idea is still maintained. I’m honestly quite surprised he didn’t mention how quick he is. Generally that’d be a huge advantage to have for a class like the Medic.

Echoes: What do you think is the most important trait to being a good Medic?

VK: I think attentiveness is the key. You need to keep tabs on all of your team mates so that you can quickly react to when they’re tagged.

Echoes: The Medic has very limited options open to it when selecting gear for your load out. How do you get around this?

VK: I focus more on being supportive. My blaster is mainly used to hold off any flankers rather than going for tags. I rely on my other team mates to deal with them.

VK: Being attentive comes into play here as well. You have to sum up the situation. Are your other team mates in a good position to cover you? Or is the downed team mate in a good strategic position? I weigh these things up before I decide to rush in.

Another article, another guideline on how to play a class. Thanks to Valeriy Kuzma for his assistance in helping me understand the class a little better. The Medic is an integral part of any team – they’re the most consistent source of mobile respawns in Foam Fortress. Your job is essentially to stay out of trouble and keep your teammates out of trouble. As long as you do that, you’re doing it right.

Just as the name of the class indicates, the Assault is Foam Fortress: Sydney’s primary attacking class. Armed with a mix of fire rate, capacity and a wide range of tools to get the job done with, the Assault is the most formidable force in head on combat. Their Load out is designed for longevity in the field, with little bit of flexibility to help the Demolitionist break down Warden defences if necessary. Let’s have a quick look at the Assault’s Load Out:

Secondary: Combat Rifles or Pistols and ONE Small Melee Weapon

END_OF_DOCUMENT_TOKEN_TO_BE_REPLACED 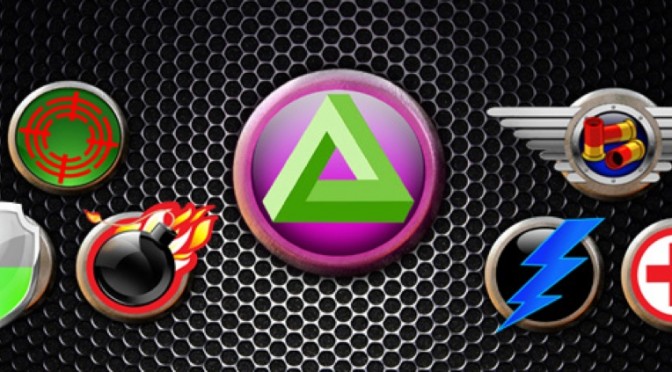 How To: is a new set of articles aimed at helping the average Sydney Nerfer understand and improve their play in Foam Fortress: Sydney.

We’ve noticed that a few of our members have been having some difficulties adjusting to the slightly more intricate rules that are Foam Fortress – and don’t worry, we fully appreciate why. As you probably know, there is a METRIC CRAP TON of rules (written by yours truly) which can be a lot to take in. There’s stuff about classes, Abilities, different blaster categories, and a whole lot of other stuff that you probably can’t remember. All that can be pretty dang confusing, even after you’ve put it into practice.

So what we thought we’d do is write a bunch of articles that’ll help Foam Fortress become a little less overwhelming so that you can be the best Foam Fortress player that you can be. Keep in mind though, not all of these How To: guides are the be all and end all of the ways you can play the game; they’re merely a starting point.

I hope you all decide to give them a read, and even offer some constructive criticism. Like I said, these guides won’t always be the best way to play the class or use the piece of gear. Seeing as I, myself, really only play Demolitionist and Commando, there are probably a whole lot of things about the other classes that I can’t quite explain as well as others. I might learn a thing or two from these as well.

We do have a few things planned the for the future of Foam Fortress: Sydney. We aim to simplify the game a little bit, and these How To:’s will help us do that. So make like Nerdette, over there, and be happy about it!